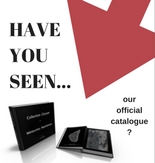 Like so many boys who grew up in the 1960s/70s, I have always been hypnotized by the NASA missions - especially by the Apollo program, and the first moonlandings. Neil Armstrong's small step proved to be indeed one giant leap for mankind, and the stuff of which a child's dream is made. Of course, I wanted to become an astronaut, fly to the Moon and beyond to explore the vastness of the universe! However, like so many childhood dreams, it didn't come true - at least not in the way I had planned it.

Years later, I stumbled on an alternate route to the stars. Since my early childhood I had been collecting rocks, and one day in the early 1990s I ran into Gregor Pacer, a Polish meteorite dealer, at a local mineral fair. There they were, sitting on his shelves - meteorites, genuine rocks from space! Although I had read a lot about meteorites, I hadn't been aware that it was possible at all to privately own these messengers from space. I always had thought that the few meteorite samples in existence were safely locked away in museums and institutions – unattainable and out of reach, just like the Moon and the stars.My passion for space was reborn, and I became an avid meteorite collector. Since the late 1990s, I've been focusing more and more on the crown jewels of meteorites, the rare achondrites, and especially the samples of planetary origin – genuine lunar and martian rocks. During the last few years I've been avidly hunting planetary rocks at mineral & gem shows, on the internet, eBay, and in the deserts of Arabia. In 2003 my dearest dream came true, and I found my first Moon Rock, lunar anorthositic breccia Dhofar 908. Going to show that some dreams do come true, in the end.

(Norbert Classen at the SaU Shergottite Strewnfield in Oman : "I found nothing but these ol' barrels.")

Sorry for the inconvenience.

Search again what you are looking for